"Just Get Over It" 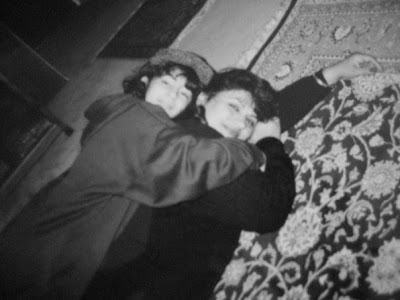 Headaches come and go. Heartbreak lasts until the next good thing comes along, an impending heartbreak you are once again blinded by. Divorced parents think they know; their capacity of fathoming your pain is less than the debt they've incurred mapped by the number of scars embedded in your childhood skin. People you know now and knew then come and go, still judging, and you wonder why it is that you are the only lost cause; living with the vibrancy of heaviness lurking beneath your former potency, strangely yet positively irrepressible beyond any measure. God, I know you only give me things I can handle but I pray that these abundant hand outs stop. There are people less fortunate in the world who can benefit more than I can.
Posted by Neda at 11:28 PM No comments: 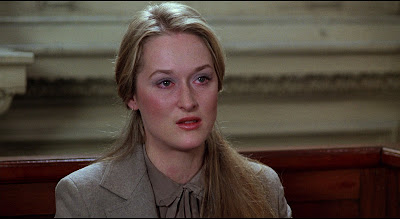 These tears will always remain an Oscar winner. I believe more so than I have experienced residing in another's whirlwind of marital loss, that this is what it feels like to be divorced. Acting, yes, but a realistically perpetuated ache nonetheless.
Posted by Neda at 12:43 PM No comments:

Home is Where The Heart is Kept

There are country roads now that are empty yet
open to havoc fluid in the spectacle of Iranian regime.
These roads clasp on to former day
lights, summer eras where eight children frolicked with minerals
in mind-blowing tides belonging to the Caspian Sea.
A simple mind entranced by future plans; a prince’s paramour with children
to match; this lover-less mother was dealt the shortest stick, her own sorrow’s
harvester. The Beautiful visited her in reveries. Its hooks sunk into
dreams; collapsing her foreign aptitude, as its surname
rested alphabetically after her given
birthplace. Tehran, America is
still Unattainable.


Hurried away from a captive revolutionary, circa 1975.
Augusta, Georgia. Green Card granted. Citizenship tested.
September hit, 2001. The sex disappeared, 2002.
The Pacific Ocean dwellers frightened Caspian’s child, “Go
back to your country!” 2003 – Current Events.
Tehran.
This documented former immigrant, with a right to construct
her cultural address on any soil, rests detoured with road
blocks tranquil in unattainability.

America, where is your heart kept?
Posted by Neda at 12:33 PM No comments:

What I hate is the feeling of happiness. Salt,
water vessels dried out, unresponsive to
incidental music; my brain’s twirling from major
to minor gave way to paramount rations for prior
miseries. I dislike the boyfriend who dictates the phrase
another never would, who keeps yearning at bay
associating the dead child in this adult body with
his worn peacoat and wool scarf.

What drives me to happiness is walking in on
him and the other man in my life speaking of
bad plumbing and neglected wall suspensions; finally,
his occupation sparks an interest and a future son-in-law
to gush over. He loves me in the short time they’ve been
acquainted.
It breaks my heart to go to bed every night in this space immune
from prior susceptibility
to silent yells,
childhood ire,
painful missing,
familiar regret and
prior susceptibility.

It breaks my heart to go to bed every night in this adult body,
having spread the ashes of that dead child beneath the
sheets of exclusive, new warmth.
Posted by Neda at 12:32 PM No comments:

The only worry I ever had. Watching blood
thinner injected into your tummy; I cringed along with
your quivering lip and the rippling folds of your skin
on first contact. You are not the sole tenant facing
eviction with each implanted stent. I am at a crossway
of discomfort, facing doom due to your heart’s dis-ease.
Stretched out and labored into a white room, an IV
pauses for the kill. Angiograms leave purple welts on
your inner thigh…etherizing, narcolepsy arrests you
while kidney-shaped sick salvers wait to find you well.

Heart palpitations react to each medicinal dose fallen
habitually to desertion, grateful are those debtors awaiting
the collection of your unrestrained life’s ricochet, its
outstanding rent. This third strike, another bursting aortic
valve, had mercy on me. I had no fight left to battle but to
dress you, thin blood, in warm clothes and take you home,
never again turning our backs on this game of potential expiry.
Posted by Neda at 11:55 AM No comments: