My Despair Has Begun to Exhaust Itself, But My Voice Has Not and Never Will

I thought she was beautiful and raw when I first heard her voice and watched "Criminal" on Mtv, but I couldn't articulate why her music meant what it meant to me at such a young age. Now when I think of beautiful and raw, I recall the way cutting released endorphins though my skin remained broken and exposed to the world's impurities.

Now I see and understand how similar we were and are, and I couldn't feel more blessed to have been fortunate enough to exist because my emotions and the power of music allowed me to BE MYSELF.

I am not a victim nor have I ever been; I have just been outspoken and real without any fear nor regret about exposing the things, whether my perception of their magnitiude is grand whereas others believe minute, that have manifested in my short life when society and high school cliques, today and ten years ago, would rather I keep them to myself.

The human condition is sometimes held captive, and on the other hand let loose, by its own vulnerability to all types of discontent and happiness. What the human condition deserves most is immunity from any rating system that serves to quantify emotions as anything but just. 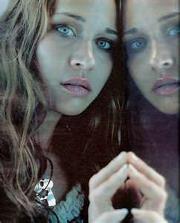 "Everybody sees me as this sullen and insecure little thing. Those are just the sides of me that I feel it's necessary to show because no one else seems to be showing them." --Fiona Apple
Posted by Neda at 5:29 PM 1 comment:

Without it, Life is Wasted Time

At six, Steve Winwood introduced me to the power of crying when I was deeply touched. At 22, I could no longer listen without allowing him to repeatedly break my elementary heart with that divine sound; without remembering how hard I tried to talk some sense into my father and without reliving in my mind, the irregular rhythm my pulse took while hearing him tell my stepsister how much he loved her while I stood beside them yearning for him to voice the same towards me. At 28, I began letting go; the wishes to cradle the poignant past with all the fibers left of my being, transient; finally fleeting. And now, James Vincent McMorrow revitalizes the power that crying holds upon you when you are profoundly saddened by the involuntary forfeiture of things once capable of love during the good-natured, infantile hours of your life. Sometimes, no matter how hard you try to resist and fight back, I guess certain things will always stop you dead in your tracks; you’ll always be looking for that same higher love you still haven’t found. I accept and now know that the past is a place worthy of visiting not permanently living, but the child in us all never dies and deserves to exist somewhere beside us: either clinging on to us while we go through the motions, or waiting in the wings to offer us comfort when the promises that we are after remain broken as we continue facing our uncertainties while standing out there independently in all of our yearning, and wondering if there must be someone who’s feeling for us.
Posted by Neda at 4:02 PM No comments: