My secrets hang splintered by wooden
clothespins on a line to dry—the cold shade
of nightfall coalesces with the degree of their sorrows.

My secrets scream for a change, each metaphor
exhausted—lying under its own linen waiting for
first light’s epiphany.

My secrets struggle to keep quiet—as the unchanged muse
fills pages in pensive cursive destroyed in a battle against
my hand’s weight—slash marks violate emotional
stains hours after manipulating their own silence.
Pull out these leather-bound sheets; no grief for this spineless
journal is in order.

My secrets wish they were worth keeping—arms down, this pen
resigns; unemployed by vices of real storytelling. Under rug swept,
a poet’s hands washed—the desire to repeat lathered with lye,
celibate in mingling with timid prose.

My secrets want to trade themselves in with yours—
walking out clothed in a free, written exposé, versed
in words past language, intimate in imagery’s arms
never felt before and lying as the dotted “I” in lines of
thought bent on one knee proclaiming this woman’s love
to her art—

Erase my manifesto and donate its nostalgia to the
shelters of prior, plaintive want.
An open Poet can only be read one way—
There’s no use crying over spilled secrets; tie the leather
strings tight, the skeleton within me is all that’s left.
Posted by Neda at 3:06 PM No comments:

When things get a little out of control, I look to the words and rhythm of songs that kept memories of my past afloat. With this, something fresh, all the confusion innundated in the muted tributary of my body releases itself a little more each time I listen.
Posted by Neda at 11:15 PM No comments: 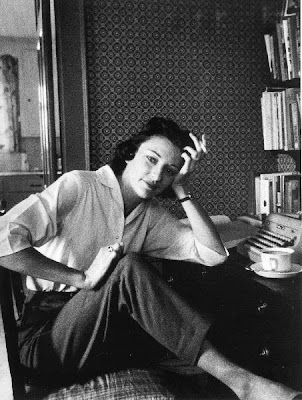 Most days I cannot remember the portion of happiness
exhaled by these lungs. The life in which you had nothing
against, where laying on its grass cut worse than razor
blades, suicide ’s restive aid.

You wrote in madness, a language as mercurial as that spoken by
an artist dictating pain to canvas, elucidating which red hue to fill
in hearts with, never questioning why a heart’s temper swings.

Infinite times, I have placed my contrived crux into a shoebox filled
with the same toxin that caused its abstraction; photographs shoot
stories as they are told, whose deaths will find comfortable deferment
time after time.

You possessed passing in the legacy you left bound. Two
days out for despair and three days out in a mental hospital is
all it took you. All prayers fall short in revitalizing Poet from
your remains, as I step over the edge into the same darkly afflicted
end point.

Suicides deceive the human form; birth betrays the trust of those who
commit the crime concluding the lives they have lived, survived
as long as possible. Still-born births are presented privilege, immunized
against the fight for normalcy in a world where depression is inherent and
gangrene develops in the mind, invulnerable to antiseptic cleansing.

Death’s a sad bone, yes, but living pauses in the pale undoing of any
sores: new, old, or resting somewhere in between. Voluntary erasure
offers balance to cold; the creation of words stamp out numb from
tender living, offering balance to the beautifully frightened ones—
dying to take the next steps towards the perfect suicide: independence
from the echoes of anxiety printed in the obituary of a Poet’s
leftover metaphors.
Posted by Neda at 2:23 PM No comments:

I am a line from loud to soft. –John Frusciante

Early mornings before I wake, my head spins
wondering who I’ve been feigning it for.
These effortless strides have turned
tedious and still—
I pace down a lineage of pain
where all hesitation of spreading remains refused.

I am a fool—honest in a daze, waiting
to meet my match.
I am loud; mindful burning down the highway of
fragmented memoirs. Loud like my father, sitting
static—prospect prone to accident.

I wonder who creates these nightmares I’ve been
starring in—a heightened sense of being, still
a poet with nothing tangible against the backdrop
of every image clear enough to show for it.

I am a fool—angry in a daze
annulled by personal neglect. As frightened as
they are brave, I tread behind peers.
Damaged glass beneath me laughs—I walk
slow with attachments; overanalyzed creativity
hidden in shards pricks my bare feet. I am
anemic, not only in blood but in words that lack
confidence.

I am soft; saltwater taffy pales in comparison. Soft like
my mother resting spellbound by her own myth; denial
kept secret by strength.

I am a miniature needlepoint suffocated,
stimulated, pulled and spooled by former
mourning. Let me be a softer line divorced from
brash living; a grand tapestry silenced, an exhalation
blue in waiting.
Posted by Neda at 2:16 PM No comments: