I know I don't hold fast to my roots but in the darkness of dreams, my memory retreats to physical photographs of Iranian heritage wafting through my mother's living room on the corner of Melrose and Hayworth. When I close my eyes I can still feel the ample sting of my parents love embracing all the subsistence that belonged to my ingenuity at the tender age of 4. I recall by heart living my life, walking on clouds rather than eggshells, and bid it a tender farewell. <3
Posted by Neda at 9:06 PM No comments:

It never gets any easier. It does not fade away with the presence of new time, of a new love, or the loss of an old romance. I remember my time with him and I'll refuse ever a chance to forget it. The smiles were fulfilling, the fights left imprinted aches on my 19 year-old psyche. "That was you baby, this is me baby." All that we did was try, and that in itself was a triumphant feat. Thanks for having been the love of a certain time in my life.
Posted by Neda at 3:11 PM No comments: 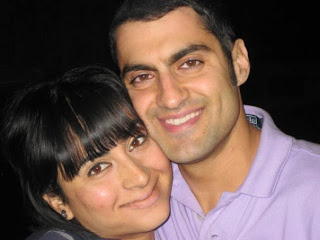 You were my reason for not allowing that rusty
blade to perpetuate its impurities upon my
flesh that summer when I turned seventeen, up
on that hill overlooking the horrid valley.
I wished you were there.

I remember driving down Topanga, listening to
Incubus and relishing in the beauty that was, and
remains, your ample comedic and handsome existence.
I’ve never written about you. The ambivalent yet loving
recollections of my father never allowed me to. At this moment, twenty-
six years of whirlwind-winter shackles no longer bind me and I
thank god for that.

I remember digging my sparkling-fuchsia painted toes in the tainted sand, cheering you on in your winning feat as not only Arapahoe High School’s essential quarterback but mine as well, as the freedom from any further bouts of the ironically-comforting deprecation, filling the non-physical element belonging to myself, was graciously granted in your presence.

I remember knocking back caramel fraps in that heat wave which left
our bronzed skin of desire to the fair eye, when we strolled through Third
Street and you bought me an indigenous-inspired anklet, after being star-
struck by Police Academy’s Mahoney. Only you, and your celebratory antics could make me giggle.

I remember the sting of sun-drenched summertime departing; another year of post-marked mail, non of it addressed to me. I, a sixteen-year-old lost in the imbalances of serotonin, sobbed silently in that car ride to the terminal where you said goodbye. I wore that beaded thread like a shield to protect me from the evils of high school and its epic, teenage life-affirming cliques. Because of you, I knew I belonged somewhere.

A decade has passed, tumultuous changes leaving us tested and
frightened. The captor of my youthful yesterdays had suffered two heart
attacks renouncing him a time-bomb waiting to go off at any swift, intangible instant. The mother who brought your matchless subsistence into my life, survived an incapacitating brain aneurysm. He lays comatose, brain dead in all emotions. She loves as she always did and has promise in living no matter the charismatic teeter-tottering of masked hurdles, and I thank god for that.

I always wanted another girl‘s
paradise, until you taught me how
to want my own. Thoughts of you lope through my
head, with powerful memories beyond measure nestled in my character. 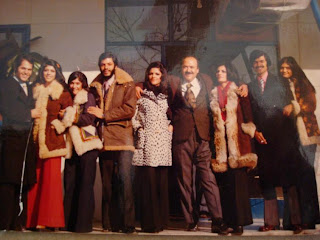 The Brady Bunch had nothing on The Khankhanian Klan. :)
Posted by Neda at 9:23 PM No comments: